The Noise We Perceive: Notes from a Project Manager 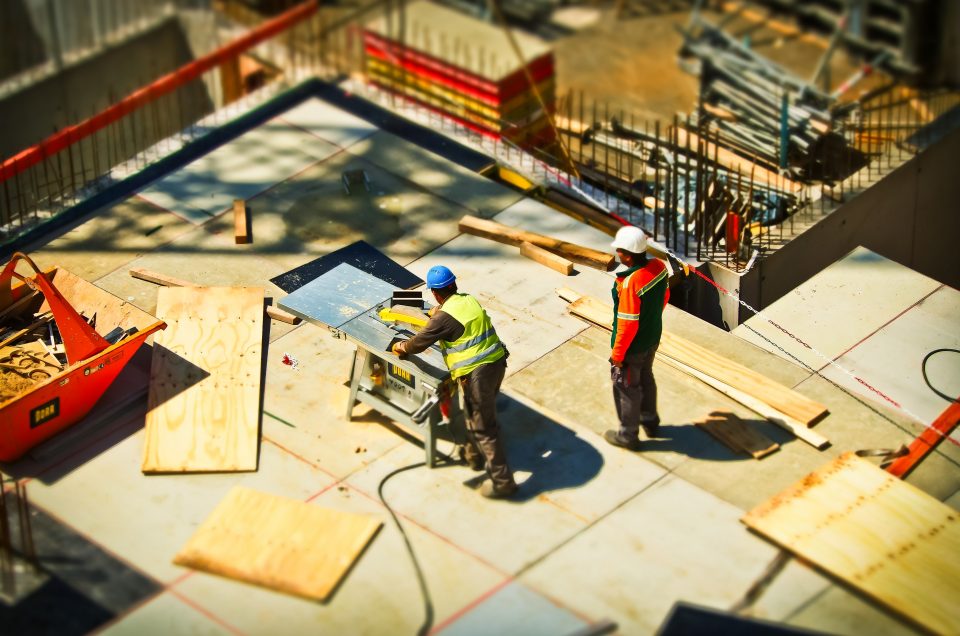 In this article, I review some of the basics about construction noise criteria, how we measure noise, a brief review of noise ordinances, and a review of the DHL project as a case study.

“Construction noise in the community may not pose a health risk or damage peoples’ sense of hearing, but it can adversely affect peoples’ quality of life. To some degree, construction noise can be a contributing factor to the degradation of someone’s health in that it can cause people to be irritated and stressed and can interrupt their ability to sleep – all of which may lead to higher blood pressure, anxiety, and feelings of animosity toward the people or agencies responsible for producing the noise.”

Currently, no standardized criteria have been established in the United States or Canada. In most instances, local government have developed noise ordinances that contain restrictions associated with several noise pollution sources.

Although OSHA criteria focuses on occupational noise’s Section three, Chapter five, Subsection “B” of the Technical Manual describes sound quality.  Local governments generally have developed noise ordinance criterion based on sound pressure levels. These levels are typically measured in decibels and frequency bands, both described in the OSHA technical manual.

You can also find a video describing the decibel scale on youtube, by Khan Academy.

Since there are no standardized criteria set on the federal level, local governments are left to set these criteria. This is can lead to undesired outcomes.

A brief review of noise ordinances

Noise ordinances fall into the category of nuisance laws. Per an article published on Huffpost.com, dated 2017, the traditional definition of nuisance is an unreasonable interference with public rights or conduct that interferes with an individual’s use and enjoyment of her or his land (private nuisances).

The article briefly discussed Texas Supreme Court case in which “The Texas case involved noise coming from a natural gas compressor station located on a ranch. A trial jury determined that the noise and resulting nuisance was negligently created, was permanent, and caused the ranch’s fair market value to decline by some $2 million.”

The article went on to describe that “…The Court emphasized that the focus should be on the unreasonable impact and not on whether or not the conduct was unreasonable. The Court listed ten specific non-exclusive factors to consider in determining if interference is unreasonable or substantial:

Aside from the complex topic of nuisance law briefly described in the Huffpost article, local governments develop their own noise ordinances and enforcement guidelines. One example of this can be seen in the common-sense judgements afforded to police officers in the city of Pittsburgh. This 2015 article, published in the  Pittsburgh Post-Gazette, documents a local councilman claiming that relying on a decibel level is just not working.

It should be noted that article went on to state that “properly permitted construction” was exempt from the new noise ordinance. It would be interesting to know, since the passing of the new city ordinance, how many construction sites have been cited under these common-sense judgements? Have city police developed some best practices? Do city police consider factors like the ten factors listed by the Texas Supreme Court?

Most local governments set acceptable decibel levels for each source of noise pollution outlined in the noise ordinance and acceptable was to measure. Section 137-6(b) of the East Manchester Township, PA codes reads:

Sound level meters are commonly used in noise pollution studies for the quantification of different kinds of noise, especially for industrial, environmental, mining and aircraft noise. The current international standard that specifies sound level meter functionality and performances is the IEC 61672-1:2013.

However, the reading from a sound level meter does not correlate well to human-perceived loudness, which is better measured by a loudness meter. Specific loudness is a compressive nonlinearity that depends on level and also frequency, which can be calculated in a number of different ways.

The project included the construction of a million square foot warehouse, associated parking and associated utilities. The project described on the contractor’s website is as follows:

“The ARCO team is making great progress on our latest project for repeat client DHL – a 1,000,000+ SF multi-tenant pharmaceutical distribution facility located in East Manchester Township, Pennsylvania. Despite adverse weather conditions, including an atypical amount of rainfall and multiple snowfalls, construction is on pace to meet the aggressive schedule – 11 months from project start to completion. The pharma-grade facility will be home to three global pharmaceutical and consumer healthcare product companies and will feature multiple temperature zones, office space for each tenant and high hazard storage. Once complete, this project will add to a portfolio of more than 30 successful projects that DHL and ARCO have partnered to complete.”

Considerable attention should be paid the aggressive eleven-month schedule. To meet this aggressive schedule, the contractor had to increase the resources for this project. Imagine the multiple pieces of equipment running at the same time. Road construction for widening and utility installation was being performed at the same time as the site work. Although the site is in an industrial zone, it is surrounded by residential uses to the south, west, north, and agricultural/residential uses to the east.

One example of this discourse is the issue of electric service. The local energy provider was not able to provide electricity to the site in the timeframe required for the project, so DHL chose to install temporary generators. The noise produced by the generators was measured and found to be within acceptable limits, however neighbors voiced concerns that the noise from the generators was disrupting. DHL made the decision to replace the temporary diesel generators with smaller, quieter units.

In this instance, the prima facie evidence of a noise disturbance as defined in section 137-5 of the Township Code was disproven through the sound level meter log conducted by ARCO. Still, DHL chose to replace the temporary generators with quieter ones to appease community concerns.

There will always be a level of disruption in relationship to construction projects on the surrounding neighborhood. How this level of disruption is prioritized and mitigated will define the success of the project in the eyes of its community. A scientific response to a community’s complaints often falls short of addressing the issue. I have outlined the areas of success and areas of improvements as follows: